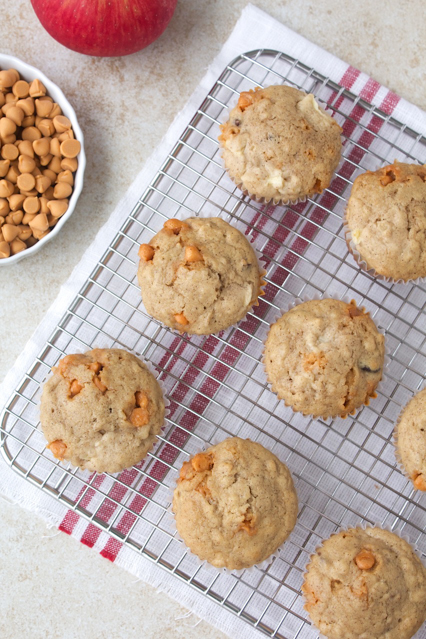 It has now been a few weeks since Dan and I went apple picking. Every year I get a little overzealous and pick way more apples than we could ever possibly need. But I hate to let anything go to waste so I try my best to eat/use as many as possible. Even before I got home from the apple orchard this year, I was already putting together a list of recipes to make in my head. The list included some longtime favorites like apple crisp but also included some new-to-me recipes, including these apple cinnamon butterscotch muffins.

I loved the combination of flavors in these muffins- the chopped apples, the cinnamon, the pecans which provide a nice crunch, and the butterscotch chips which add a little extra sweetness. They might just be the best apple muffins I have ever made in my kitchen. We ate a few this past weekend and I froze the extras for a later date. Even when my apple haul is gone, we will still be enjoy these apple cinnamon butterscotch muffins for months to come. 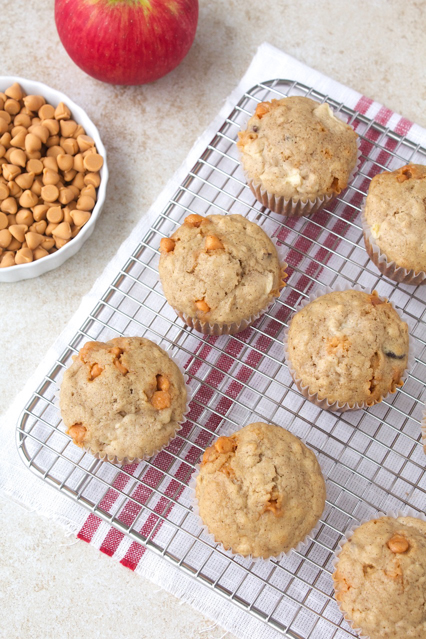