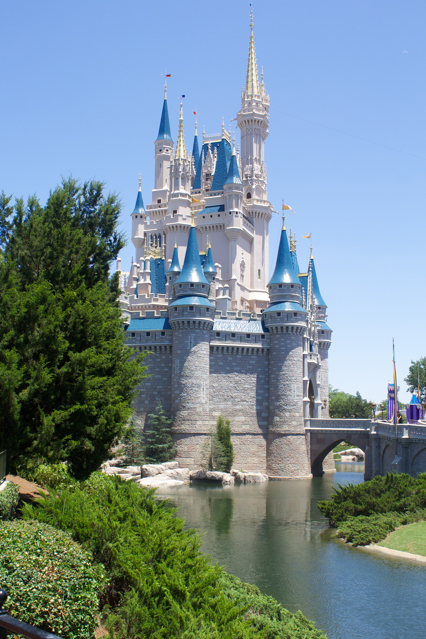 Last spring Dan and I took a week long trip to Disney World. I have been to Disney World several times and love it for so many reasons- the atmosphere, the people and of course, the food. There are a number of  really great restaurants and bakeries on Disney property, many of which we hit on our recent trip.

After a long first day at the parks, Dan and I had dinner at Peco’s Bill, a counter service restaurant at the Magic Kingdom. Located in Frontier Land, Peco’s Bill is made to look like an old Western saloon. The menu includes BBQ pork sandwiches, burgers, taco salads, chili and more. In my opinion, Peco’s Bill is one of the best counter service restaurants at Disney World. There is also a great toppings bar where you can load up on tomatoes, mushrooms and all of your other favorite burger fixings. 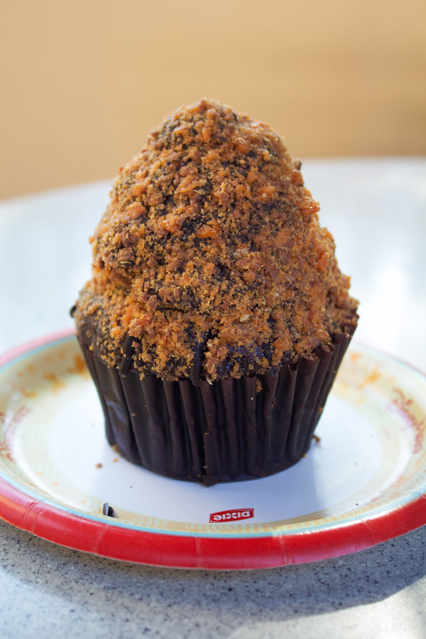 There are a number of fantastic bakeries at Disney World, one of my very favorites being Starring Rolls at Hollywood Studios. Starring Rolls is only open until mid-afternoon so make sure you stop by early for a breakfast pastry or afternoon cupcake. They offer a great selection cupcakes, all of which are delicious and massive in size. The famous Butterfinger cupcake is a chocolate cupcake filled with rich chocolate fudge frosting, topped with vanilla buttercream and garnished with crushed Butterfinger pieces.

On our visit I also tried the seasonal worms and dirt cupcake, a chocolate cupcake filled with chocolate pudding, topped with crushed chocolate cookie crumbs and garnished with gummy worms. This cupcake is offered every spring for Earth Day. 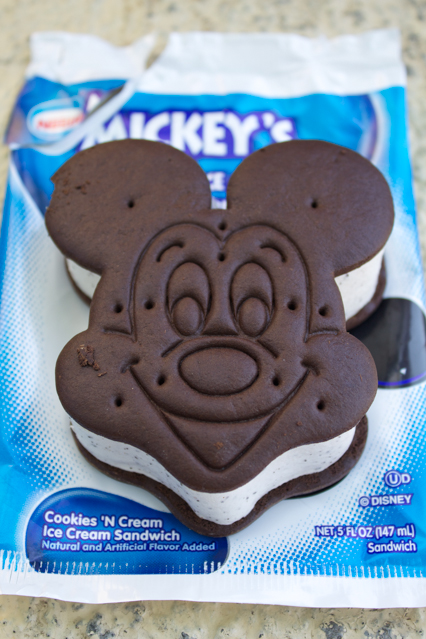 No trip to Disney World is complete without a Mickey Mouse ice cream. I love the standard Mickey ice cream bar but Dan prefers the cookies and cream ice cream sandwich. You really can’t go wrong with either. 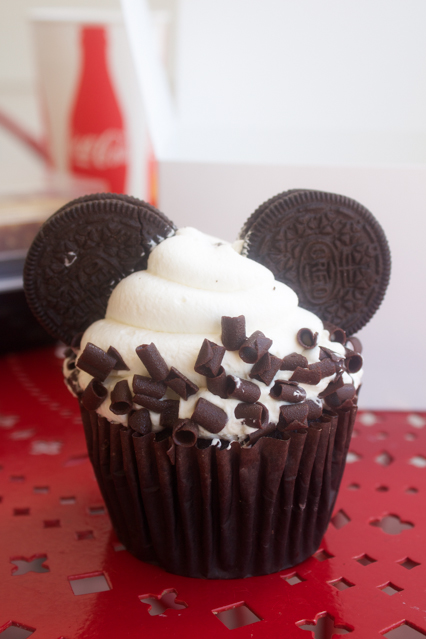 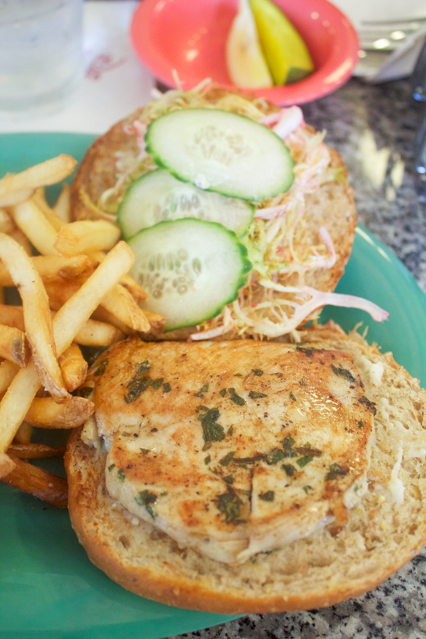 I had always wanted to try the food at Beaches and Cream so Dan and I made a reservation for one afternoon of our trip. Beaches and Cream is modeled after an old-fashioned soda shop and has a really fun atmosphere. However, the restaurant is really small so reservations are a must. Dan ordered the burger which many consider to be one of the best burgers on Disney property. I ordered the grilled herb chicken sandwich which was topped with brie cheese, cucumbers and mixed greens with raspberry vinaigrette. All of the food was really great but dessert was definitely the highlight of the meal. 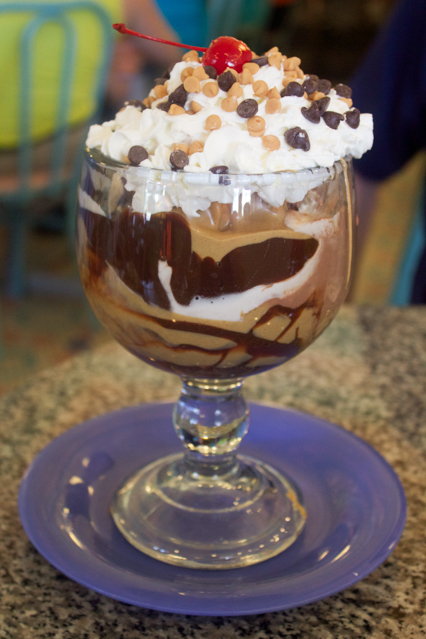 Dan and I ordered the “No Way Jose”, a chocolate and peanut ice cream sundae with peanut butter sauce, hot fudge, whipped cream and a cherry. Although we could barely finish the whole thing, trust me when I say that it was amazing. 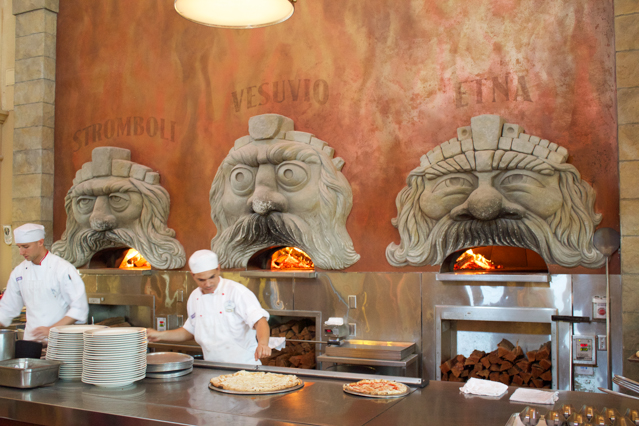 One of my favorite restaurants at Disney World is Via Napoli, located in Epcot’s Italy pavilion. Via Napoli offers a number of Italian dishes but is best known for its authentic Neapolitan pizza. All of the pizzas are made in one of three brick ovens named after the three volcanoes in Italy- Etna, Vesuvio and Stromboli. 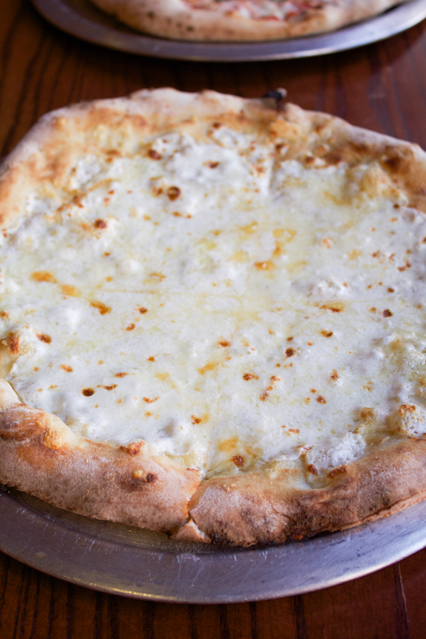 I ordered the quattro formaggi pizza, a four cheese white pizza with provolone, mozzarella, fontina and parmesan. It was one of the best white pizzas I have ever eaten. 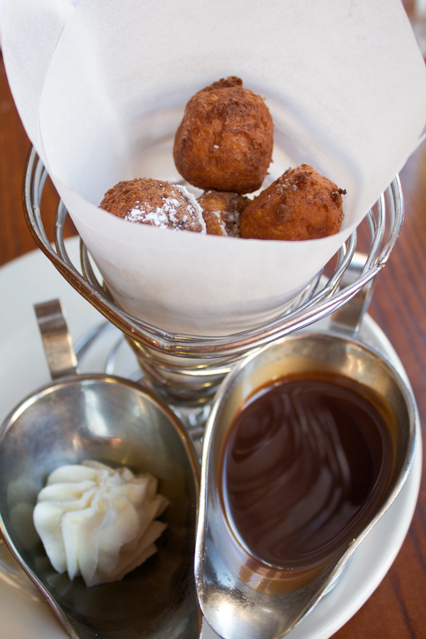 For dessert I highly recommend the zeppole di caterina, ricotta cheese fritters served with chocolate sauce and whipped cream. They taste almost like fried doughnuts and are especially great dipped in the chocolate sauce. 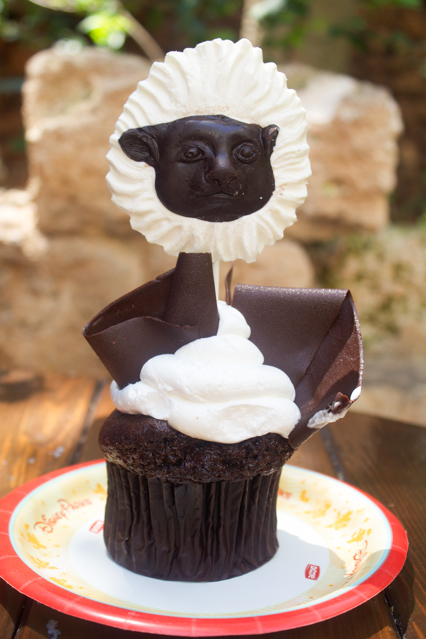 Dan and I sampled a few other cupcakes throughout the week. One of my favorites is the Cotton-Top Tamarin cupcake from Animal Kingdom’s Kusafiri Bakery. It is one of the biggest cupcakes I have ever seen! 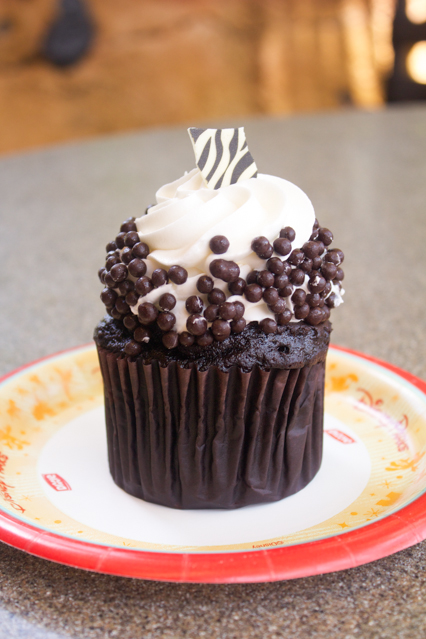 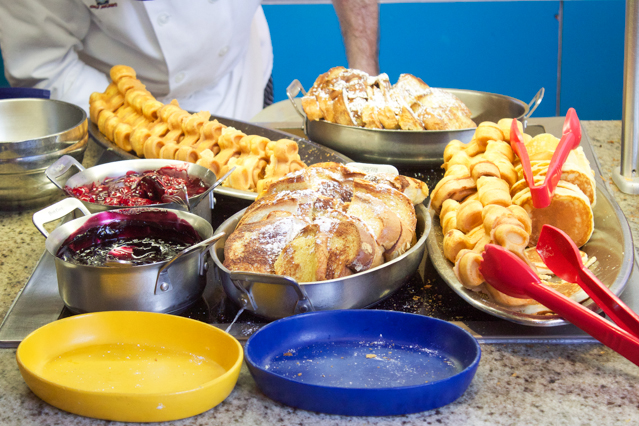 What are your favorite places to eat at Walt Disney World?