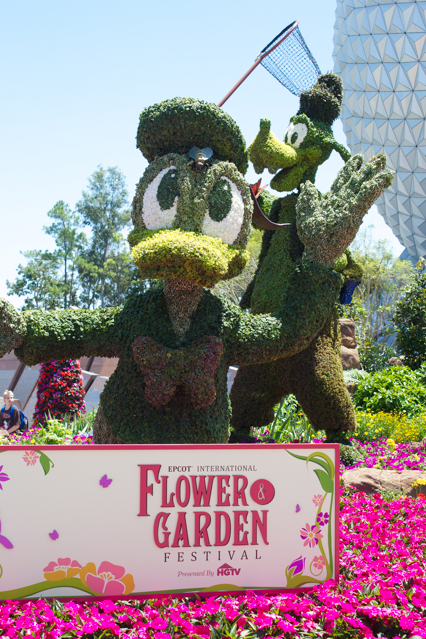 Food and drinks are generally priced in the $3-7 dollar range. While this doesn’t sound overly expensive, the portions can be small and the cost adds up rather quickly from my experience. I always want to try at least one item from every kiosk which can result in a very large bill at the end of the day. It is best to visit the outdoor kitchens with a group of people so that you can all share food and sample as many items as possible. If you plan on ordering food and drinks from multiple kiosks, it is very likely that you will spend more than you would at a sit-down restaurant. 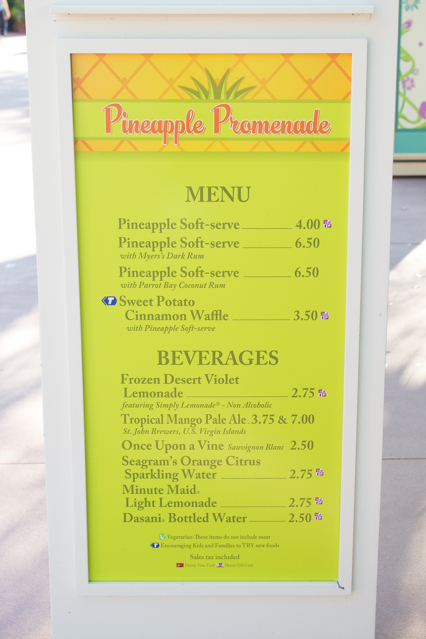 Our first stop around the world this year was one of my favorites kiosks at the festival, Pineapple Promenade. Unlike most of the other kiosks, Pineapple Promenade is not associated with any of the countries from Epcot’s world showcase. The kiosk capitalizes on the popularity of the Dole Whip, a pineapple-flavored soft serve dessert with somewhat of a cult following among Disney World fans. The menu included two alcoholic options this year- the famous pineapple soft serve mixed with either dark rum or coconut rum. 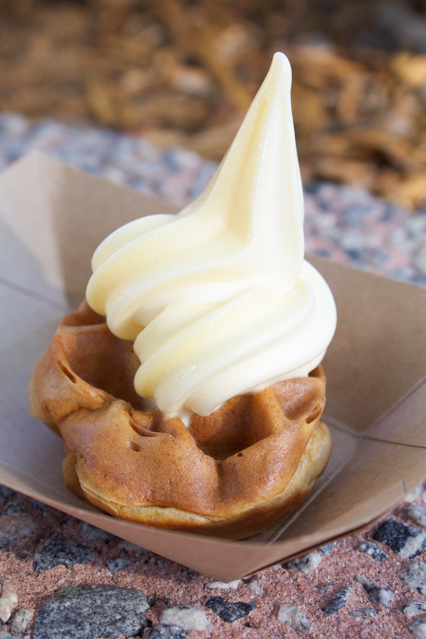 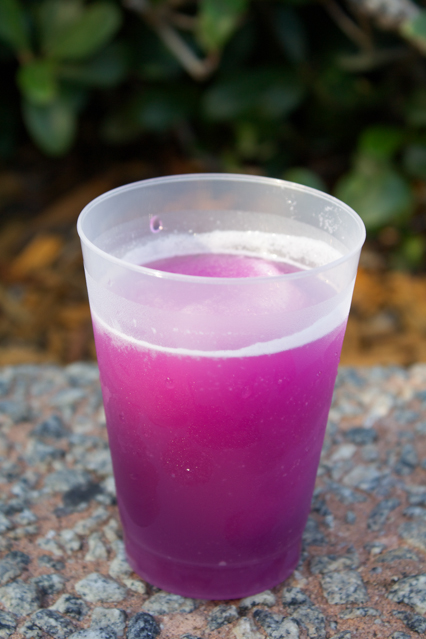 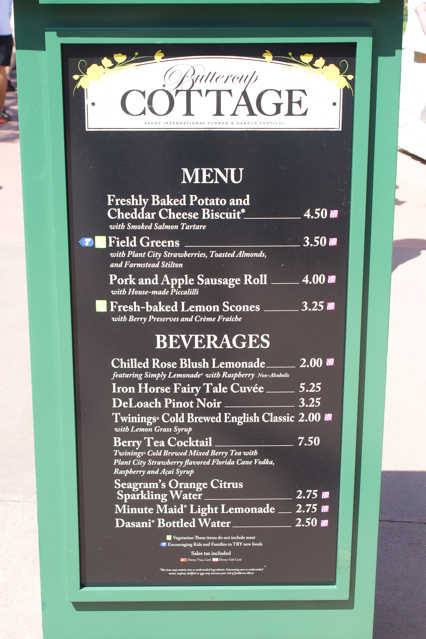 This year I tried the fields green salad which includes fresh strawberries, toasted almonds and blue cheese. I am not always a huge fan of blue cheese, but this salad was really enjoyable. Most of the portions at the outdoor kitchens are fairly small (some of them are just a few bites). However, I thought that this salad was a great value compared to many other menu items at the festival. 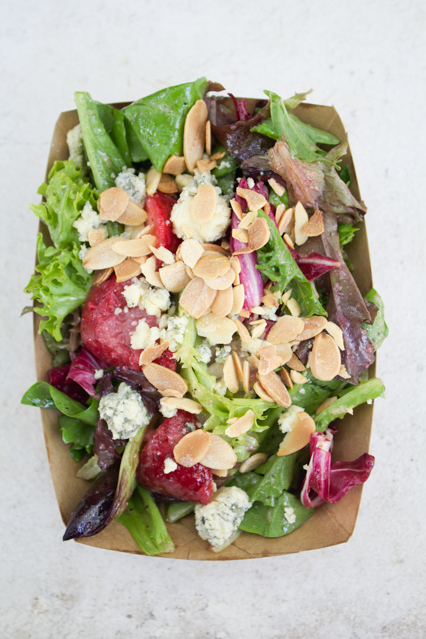 I also ordered the chilled rose blush lemonade to drink with my salad. Unlike the salad, the lemonade was very expensive at $2 per cup. Although I thought the lemonade was very good, you are probably better off spending your money elsewhere (you can get a similar sized cup of wine for the same price at some of the kiosks). 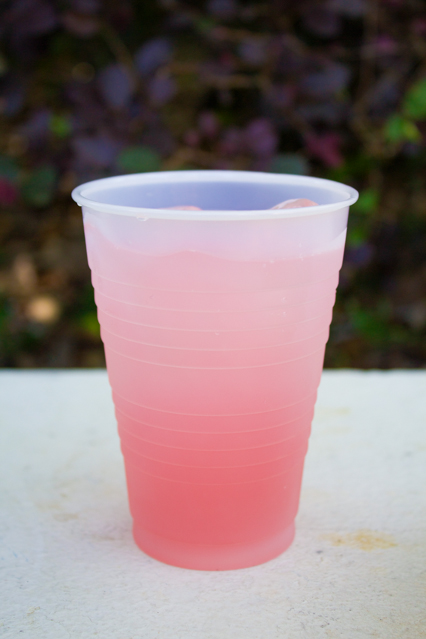 Next up was Japan’s pavilion. I always enjoy walking around the Japan pavilion- it is absolutely beautiful and has one of the best gift shops in the world showcase. 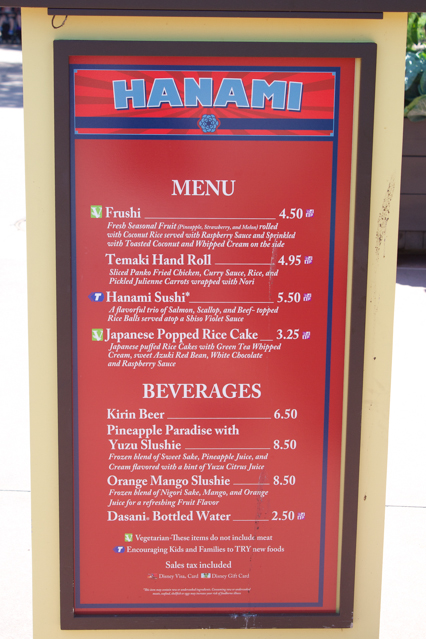 Dan wasn’t interested in trying anything from Japan’s Hanami kiosk, but I convinced him to try the frushi. It is sushi made with fresh fruit (strawberry, pineapple and melon) and coconut rice. The frushi is served with fresh raspberry sauce, toasted coconut and whipped cream. Even if don’t like sushi, you must try the frushi! The temaki hand roll is another favorite of mine. 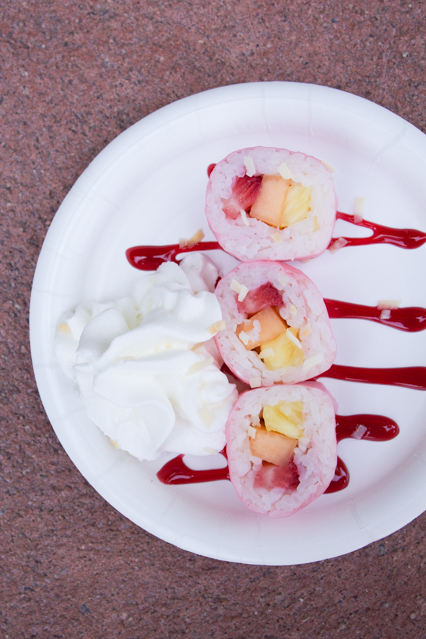 One of my favorite kiosks at the Flower and Garden Festival is Morocco’s Taste of Marrakesh. I always enjoy all of the food from Morocco’s pavilion and find that it is somewhat underrated compared to other pavilions (France and Italy being two of the more popular ones). 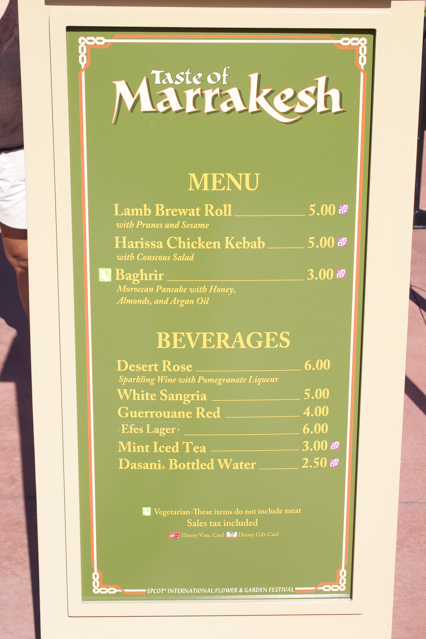 I ordered several items from Taste of Marrakesh’s menu this year, including the Harissa chicken kebab. While not as spicy as I hoped it would be, the chicken was still flavorful. However, the best part of the dish was the vegetable couscous served next to the chicken. I could have eaten a whole plate of the couscous. 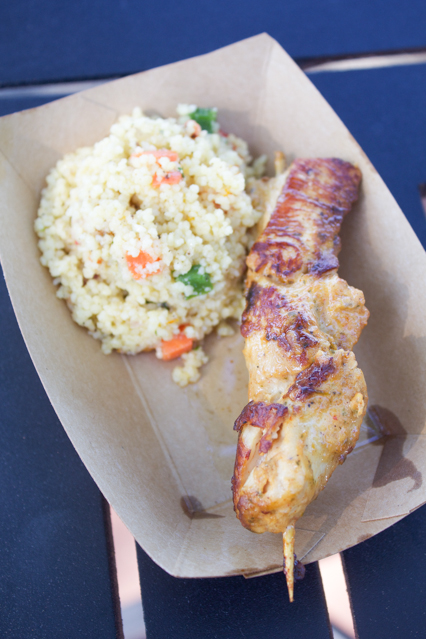 I also loved the baghrir, a Moroccan pancake made with honey, almonds and argan oil. The flavors are so simple but work really well together. Add this pancake to your must-try list assuming it makes the menu at next year’s festival!

Finally we had to make a stop at America’s pavilion and visit the Smokehouse Barbecue and Brew kiosk. Although I was too stuffed to try much on the menu this year, I found room for the piggylicious bacon cupcake. 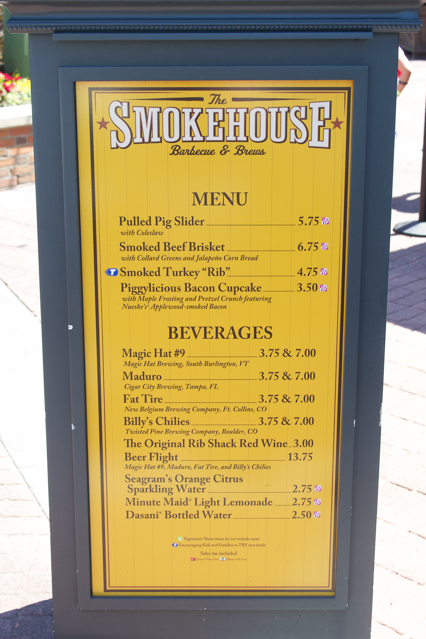 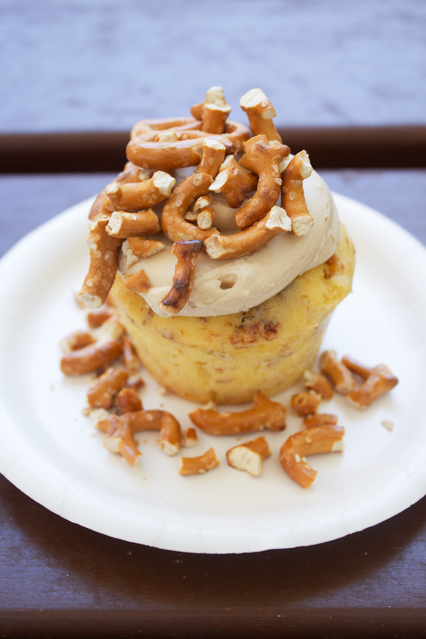 Overall, Epcot’s International Flower and Garden Festival is a really great experience. Other than the food, there is plenty of live entertainment, including music and demonstrations by notable HGTV personalities. There are also several Disney character topiaries located throughout the park, all of which are extremely impressive and worth checking out. 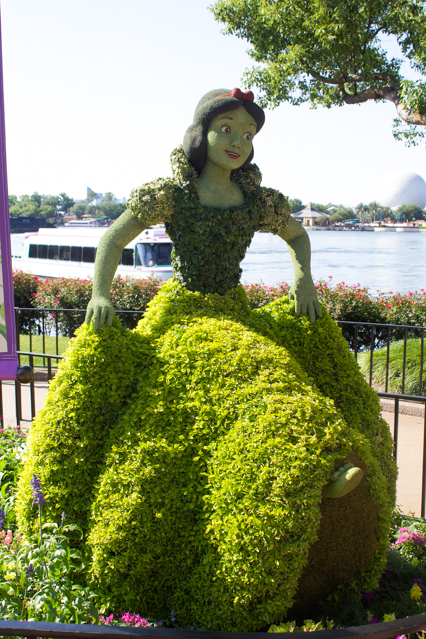