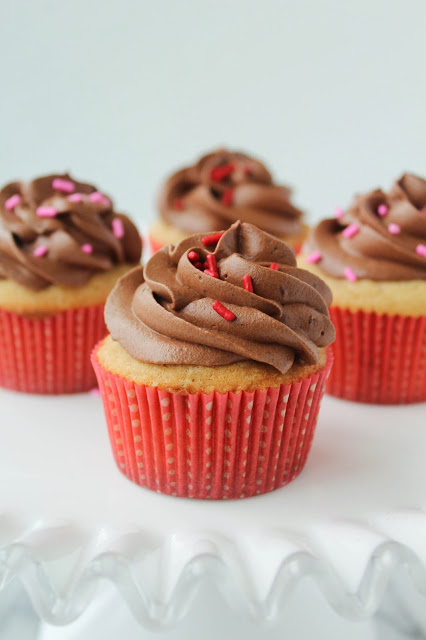 Most weekends I know exactly what I want to bake. This past weekend was not one of those weekends. I did not make my mid-week grocery list and had no idea what I was going to make until the  very last minute. All I knew was that I wanted to make something with chocolate and peanut butter. That should come as no surprise- favorite. combination. ever. Anyways, I considered making these Dark Chocolate Peanut Butter Cupcakes, but ultimately decided to switch things up a little bit. Instead of making a chocolate cupcake with peanut butter frosting, I decided to try a peanut butter cupcake with chocolate frosting. Definitely a good decision.

Despite all of the cupcake recipes on my blog, I recently realized that I have yet to post a recipe for chocolate frosting. This seemed like the perfect opportunity to share my all-time favorite chocolate frosting recipe. It is light and creamy, with just the right amount of chocolate flavor. Just make sure to frost the cupcakes immediately after making the frosting so that the chocolate doesn’t have a chance to harden first. So here you have it, another chocolate and peanut butter recipe for the archives. And it is a good one at that! 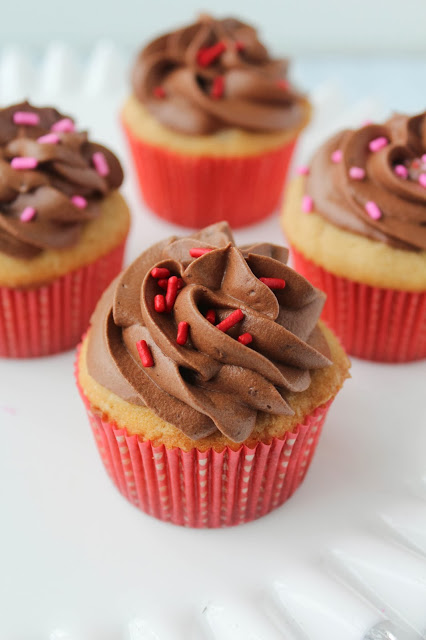 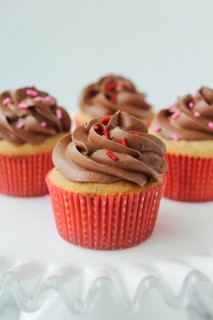