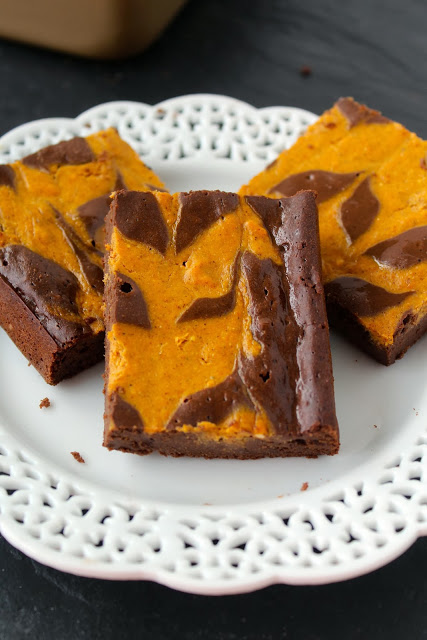 Even though temperatures hovered around 70 degrees, this weekend really felt more like a fall weekend than a summer weekend. Yesterday I spent the whole day watching football and baking with pumpkin. If summer really does have to end, then it doesn’t get any better than football and pumpkin. Of course it never hurts when the Patriots win, even if they just barely squeak out the win like they did yesterday. This is also my first year participating in a weekly football pool, which makes the games even more interesting to watch. Between all of the games, I found time to make these Pumpkin Cream Cheese Swirled Brownies. Last week I said I hadn’t really done any serious pumpkin baking yet. Well that all changed this weekend and you will probably start seeing a lot more pumpkin recipes on the blog going forward.

These Pumpkin Cream Cheese Swirled Brownies are incredibly rich. I only needed half of a brownie to satisfy my craving. The pumpkin cream cheese flavor is present, but not overpowering by any means. I originally wasn’t sure how I felt about the chocolate and pumpkin combination, but the two flavors just work together. If you love rich brownies, then I just know that you will love these. 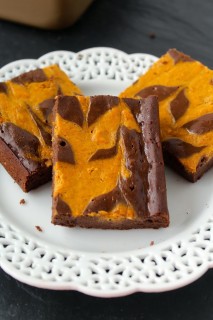