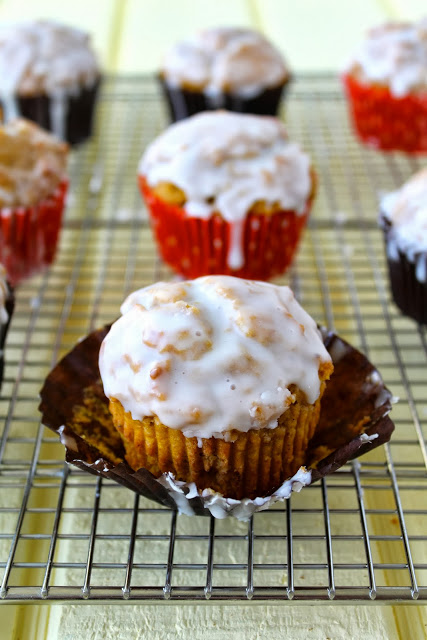 I have been on a huge donut kick lately. Earlier this month I visited two of the most popular donut shops in the Boston area- Union Square Donuts and Kane’s Donuts. Between those two visits, I sampled twelve different donuts. But I guess that is not enough. I even have to turn my muffins into donuts. Out of all the donuts that I sampled, my favorites were the fall flavors- apple cider, maple and of course pumpkin. I love pumpkin donuts- these Pumpkin Spice Donuts are one of my favorite recipes from the blog. Whether they are dipped in glaze or covered in cinnamon sugar, it is all good in my book.

Last month I made a very similar recipe-Glazed Blueberry Donuts Muffins. Dipped in a simple glaze, the muffins were light, fluffy and tasted just like donuts. I can tell you that these Glazed Pumpkin Donuts are equally as delicious and completely satisfied my craving for all things pumpkin right now. I decided to dip the tops of my muffins in glaze, just as I did with the blueberry version last month. However, you could also dip the muffins in butter and then roll them in a cinnamon sugar mixture. You really can’t go wrong either way. 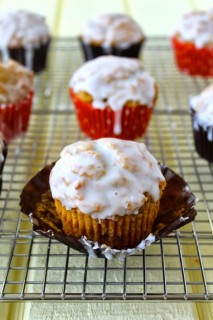