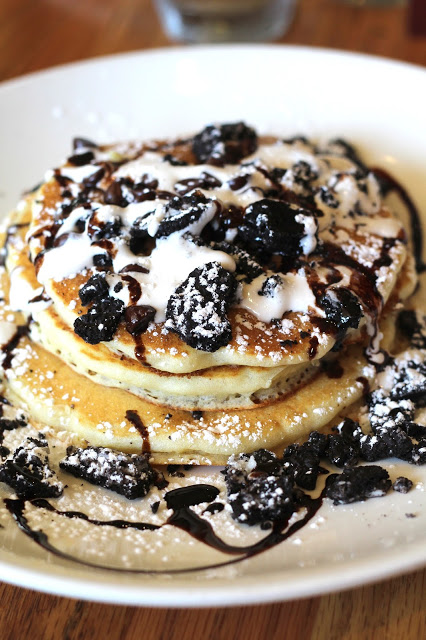 This past weekend Dan and I took a quick trip to Chicago. Chicago has been on my list of cities to visit for quite a while now. Overall, the windy city did not disappoint. We arrived mid-morning and immediately headed to Wildberry Pancakes and Cafe. This place has some of the most unique pancake and french toast flavors ever. You know I had to try the Oreo s’mores pancakes- so filling but so amazing! 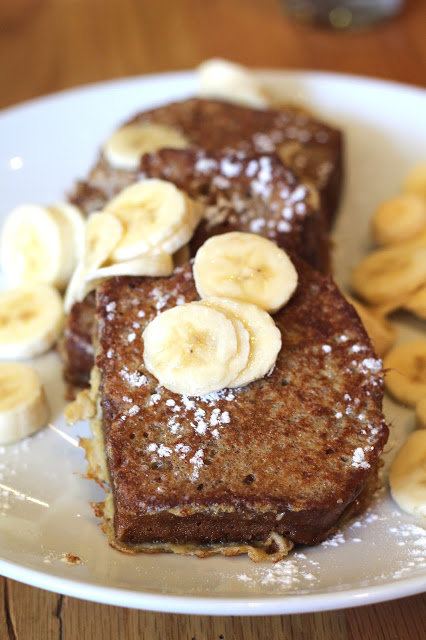 Dan ordered the banana bread french toast- actual pieces of banana bread dipped in a special batter and baked to perfection.  We also ordered the cinnamon roll pancakes. I think the waiter thought I was crazy for ordering so much food for just two people. 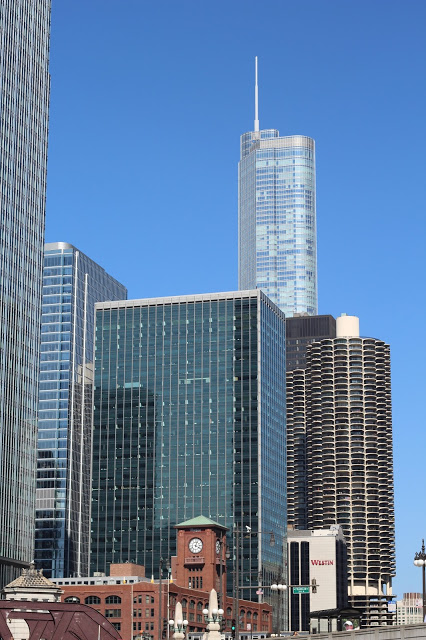 In the afternoon we went on an Architectural River Tour through the city. If you ever visit Chicago, I highly recommend going on this tour. There are so many different boat tours, but the Chicago Architectural Foundation’s tours are definitely the best. We had a really great tour guide and learned so much about the architecture of the city’s buildings. 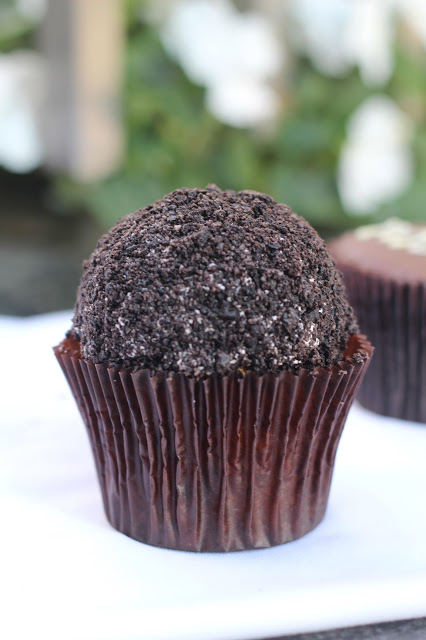 Before dinner we decided to stop and check out More Cupcakes. My favorite was this cookies and cream cupcake. They were also giving out free mini cupcakes for happy hour. 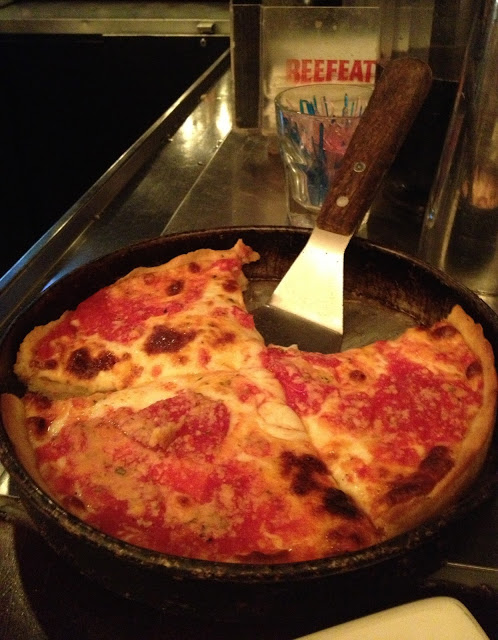 When in Chicago, you must try deep dish pizza. It is a must. On Friday night we had dinner at Lou Malnati’s Pizzeria, which is probably one of the most popular deep dish pizza restaurants in the city. This was was my first time trying deep dish pizza and I really enjoyed it. 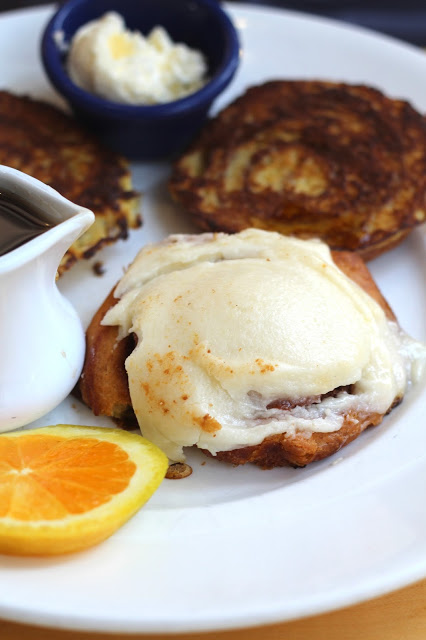 The next morning we had breakfast at a cute little place called Yolk. Check out the Cinnamon Roll French Toast that we ordered. It is an actual cinnamon roll cut into thirds and then baked. I also ordered the whole grain pancakes with bananas in an attempt to be somewhat healthy. 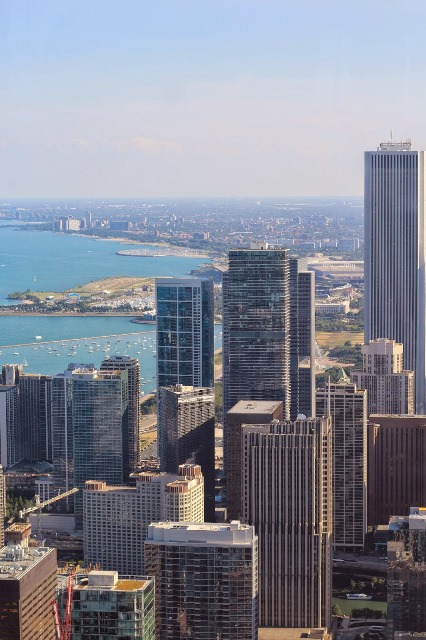 Since there was a two hour wait to get to the top of the Sears Tower, we decided to check out the John Hancock Observatory instead. We were at the top within minutes. The cost is definitely worth the views of the city you get from up there. 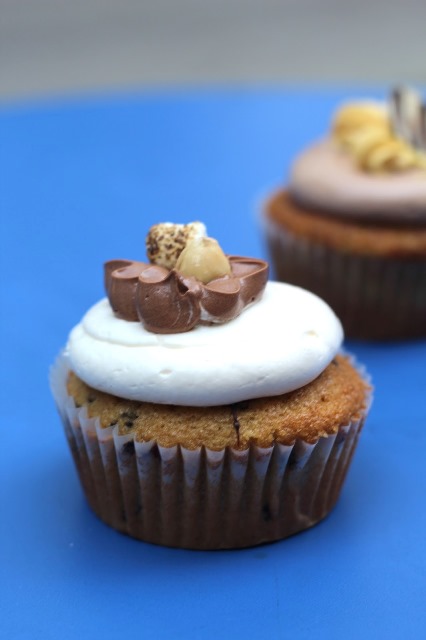 We also visited a few other cupcakes shops throughout the weekend. Next up was Molly’s Cupcakes. Although this shop was a little out the way, it was packed with people and definitely worth venturing out from the downtown area. We also visited Swirlz while we were in the area. I ordered the Nutella s’mores cupcake and the Nutella banana cupcake. Can you tell that I love Nutella? 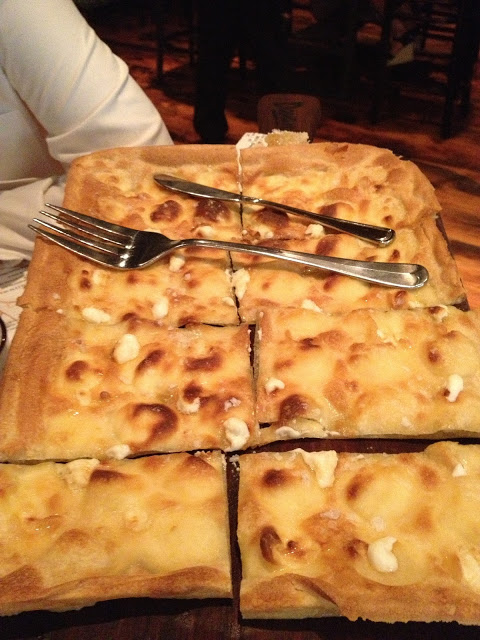 For dinner on Saturday night, Dan and I headed over to Davanti Enoteca. We were originally going to take a cab over to Little Italy, but decided against it at the last minute. Luckily there was another location right by our hotel. The waitress told us about the focaccia bread stuffed with cow’s cheese and served with local honeycomb, one of the most popular items on the menu. Of course we had to sample it. Wow was it amazing.  I really want to go back to Chicago right now and order it again. Although I was stuffed after eating too much focaccia bread, I also ordered the cacio e pepe pasta (pasta with cheese and pepper). I highly recommend visiting Davanti Enoteca if you ever visit Chicago. 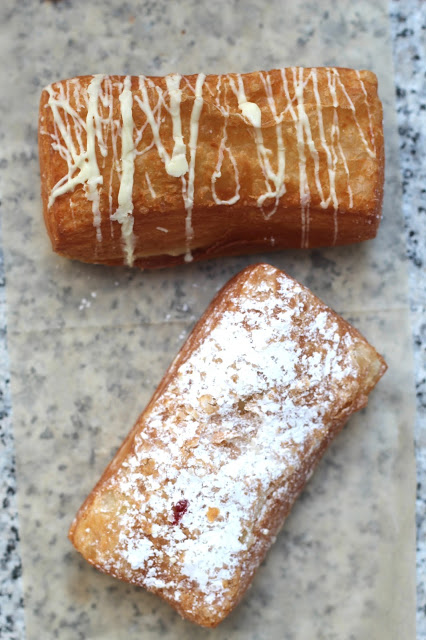 And finally after months of hearing about them, I tried a cronut, or doughssant as they are called at West Town Bakery. A combination of a donut and a croissant, these flaky breakfast treats are delicious. I tried the lavender blueberry doughssant and the chocolate raspberry doughssant, both of which were really good. 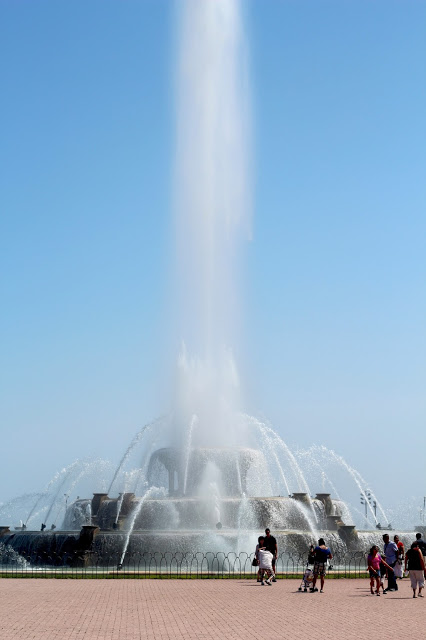 That brings us to our last morning in Chicago. We decided to have a casual morning and spend some time walking around the city. Dan brought us to Buckingham Memorial Fountain and the Giant Bean, two can’t-miss tourist spots in the city. Overall, we had a really great weekend and I can’t wait to visit Chicago again sometime soon. Any places we must visit on our next trip?