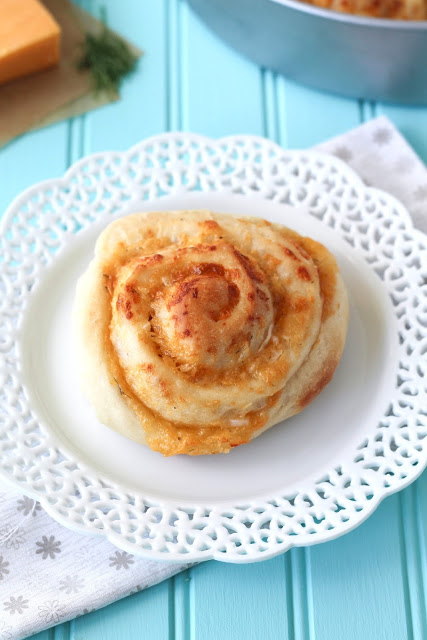 It is the end of August which means it is time for another Pass the Cookbook Club post. But seriously, how are we down to the final weeks of August? I am not quite ready to say goodbye to the summer, although I do love fall baking! This month’s recipes were chosen from The Smitten Kitchen Cookbook by Deb Perelman. I love Deb’s blog and was more than excited when her book was selected. Good choice Kita! At first I thought I might make Deb’s S’mores Layer Cake. I have been on a huge s’mores kick all summer and this cake looks like the ultimate s’mores dessert. But in the end, I gave in to my love for cheesy carbs and made the Cheddar Swirl Buns.

Since I was in Chicago last weekend, it has been almost two weeks since I made these Cheddar Swirl Buns. Let me tell you, it was not easy holding out on this recipe for such a long time. Every time I posted a new recipe, I wanted to share these Cheddar Swirl Buns- nothing else seemed quite as good. I loved everything about this recipe- but what is not to love about cheese + carbs? At first I was a little unsure about the onions but they seemed to almost melt into the dough and really complemented the other flavors nicely. Now tell me, do I need to make the other recipes soon too? That S’mores Layer Cake is still calling my name. 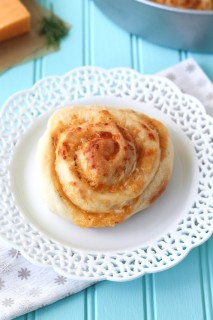