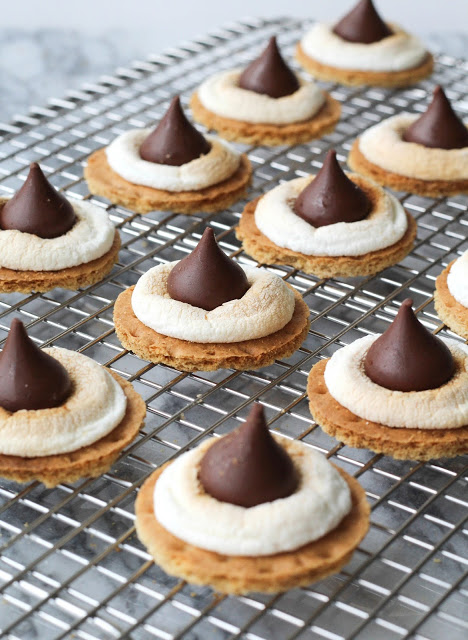 Like I often do during the summer, I was really craving s’mores over the weekend. But with temperatures almost reaching 100 degrees, it is unlikely that many people had a campfire going long enough to make real s’mores. Sometimes you just need to improvise to get your s’mores fix. These mini S’mores Bites were the perfect improvisation and definitely satisfied my craving. And the best part is that you only need three ingredients and five minutes to make them.

In order to mimic traditional toasted s’mores, you put the graham crackers, each topped with a marshmallow, under the broiler for a few minutes. Whatever you do, don’t step away from the oven. The marshmallows will turn golden brown very quickly and you don’t want to burn them. If you have a kitchen torch, you could also use that for even more control. Either way, I highly recommend toasting your marshmallows because that is the best part of s’mores. 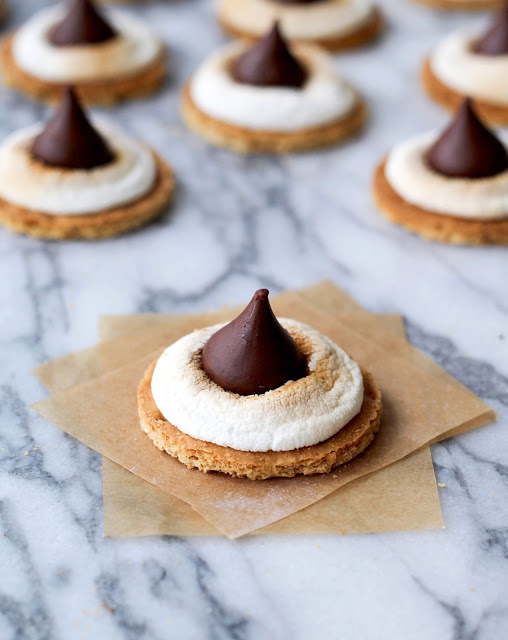 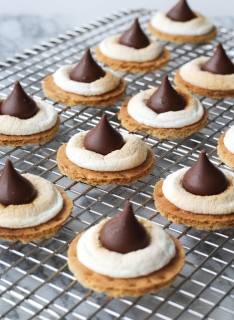