I love rich and thick brownies. And these might be the thickest brownies that I have ever made. The brownies themselves are sandwiched between a golden graham cracker crust and a layer of toasted marshmallows. I highly suggest that you take the extra step and toast your marshmallows under the broiler. Alternatively, you could use a kitchen torch to achieve the same effect. Perfectly toasted marshmallows are definitely the best part of s’mores. Hopefully summer is just around the corner and we can all enjoy making s’mores around a toasty campfire in the near future. Until then we just need to improvise and what better way to improvise than with these brownies. 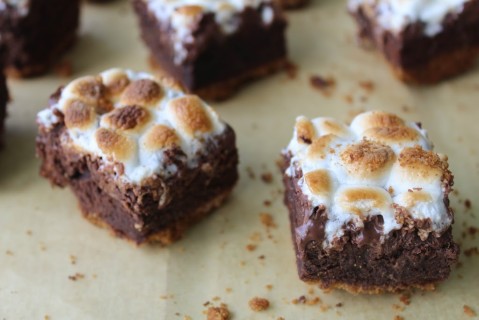