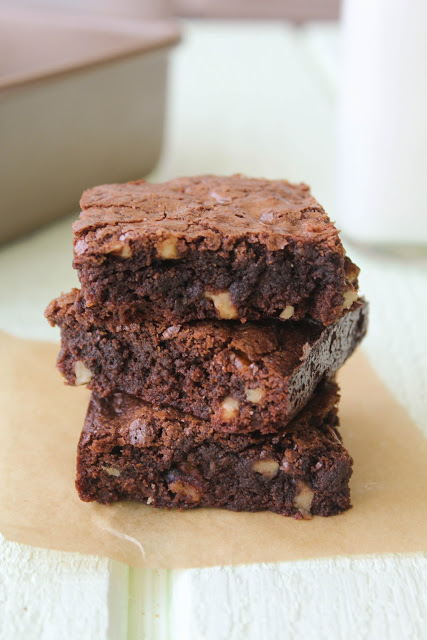 I have to admit that I was intrigued when I first came across a recipe for Katharine Hepburn brownies. I  actually had never heard of them up until just a few weeks ago. I think my eyes lit up when I saw the pictures of moist brownies full of chopped walnuts. I just love brownies packed with nuts. When I came across this recipe, I really think it was the chopped walnuts, along with the fudgy interior of the brownies themselves, that sold me. Now I understand why Katharine Hepburn cherished her family’s brownie recipe so much.

When I entered my apartment building earlier this evening, there were a few people handing out brownies and trying to promote a local business. Although I usually have a hard time turning away any baked goods, I said no, knowing that I had my own homemade brownies upstairs. I have a feeling that these Katharine Hepburn brownies were much better than anything they were handing out. 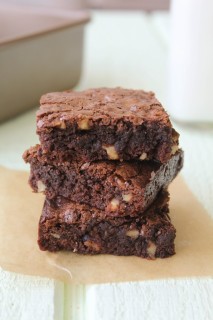