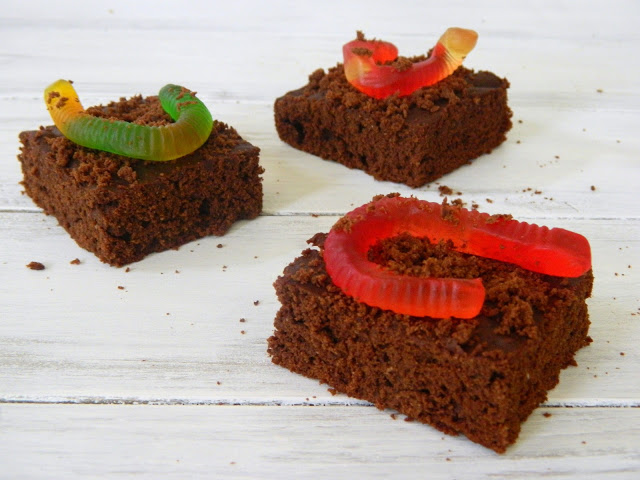 Are you having a Halloween party this year? If so, you should make these wormy dark chocolate brownies. They are super easy to make and the perfect addition to any Halloween themed party. With the crumbled brownies and gummy worms on top, they almost remind me of those worms in dirt pudding cups. Do you remember those? There used to be a restaurant near my house that had those on the kids menu. I used to love going to that restaurant just so I could order the worms in dirt for dessert. The gummy worms were the best part 🙂 I should really recreate that recipe sometime because now I am really craving one of those worms in dirt pudding cups. 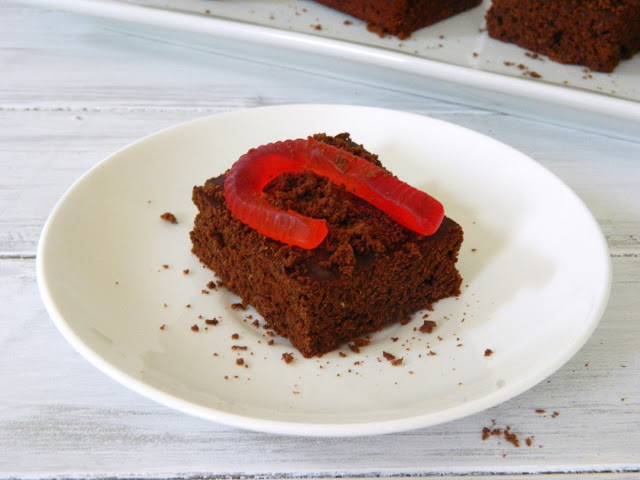 I have a bunch of other fun Halloween themed recipes coming up soon. Halloween is one of my favorite holidays and it is so much fun to create these fun and spooky recipes to share with everyone. Now I just need to find a Halloween party to attend. Any ideas? I will bring the desserts. 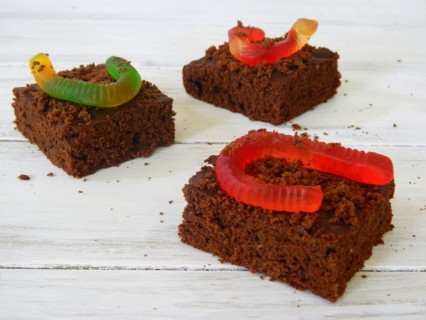