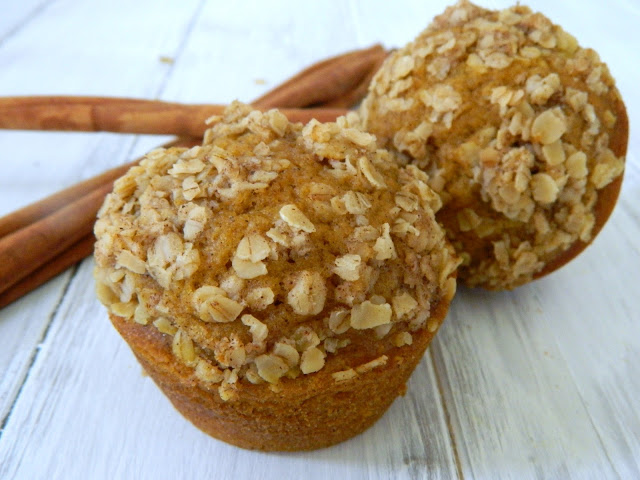 With all of the pumpkin baking I have been doing this fall, I can’t keep enough pumpkin stocked up in my kitchen. I buy more every time I go to the grocery store, but it still isn’t enough. I just can’t get enough pumpkin during this time of the year, so bear with me for a few more recipes. I am sure you don’t mind too much.

Out of all the recipes I have made this fall, these muffins might just be my favorite. Not only do I love the warm pumpkin flavor, but the cinnamon streusel topping puts these muffins over the top. All of the original muffins were gone within two days, so I must not be the only one who really likes them in my house.

Tomorrow I will give you a break from all of the pumpkin and share a recipe for a delicious apple cake I made earlier this week. But I can’t promise that the break will last too long. I was in the kitchen earlier this week experimenting with new pumpkin recipes. It is a tough job, really. 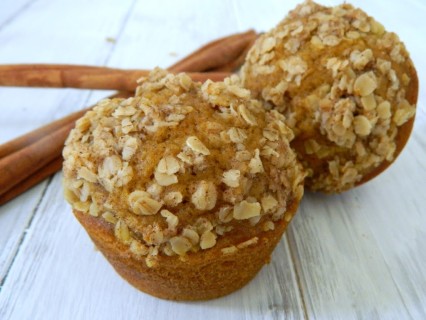